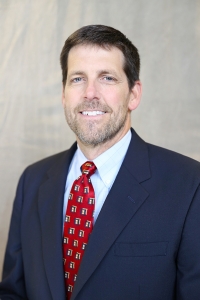 A team of Birmingham cardiologists will be the first in Alabama to use a new minimally invasive approach to closing varicose veins. Approved by the Federal Drug Administration (FDA) in February 2015 and recently cleared for use in the United States, the Sapheon VenaSeal Closure System for Varicose Veins offers the first vein adhesive on the market, says Robert E. Foster, MD of Birmingham Heart Clinic.

“This system has just hit the market in the United States. One doctor in Atlanta has used it, and I received approval for my training in January. The next step is under the guidance of a clinical specialist and then I am ready to begin using the device. This is going to be a great technology for us,” Foster says.

Prior to the availability of VenaSeal, patients were treated with radiofrequency (RF) or laser ablation, a procedure designed to weld close enlarged leg veins. This type of ablation will still be used on patients who don’t qualify for the VenaSeal treatment. Prior to RF ablation treatment, patients must wear compression stockings for three months and during the procedure, patients must undergo tumescent anesthesia to prevent thermal injury to the surrounding tissues. Tumescence involves multiple needle sticks all along the affected leg. VenaSeal will eliminate the need for both.

“The RF is hot at the tip and basically cauterizes the vein from the inside. It’s a painful procedure unless you are able to tumesce the area around the vein. And, we can only do RF ablation on certain veins in the upper legs, because nerves are too close to veins in the lower legs,” Foster says.

With the VenaSeal system, the only needle stick is at the insertion of the catheter into the skin on the lower leg. “When we get the catheter in place, a small amount of glue – cyanoacrylate – is placed into the vein and held closed for three seconds and then we move down several centimeters and insert more, moving from top to bottom,” Foster says. “With the glue, there is no retained clot that could become inflamed and no thermal injury, thus the patient experiences minimal discomfort afterward.”

With RF ablation, the doctor has to wrap the leg and compress it after the procedure so the vein doesn’t reopen and fill up with clot and recanalize. “With the adhesive, as soon as the vein is glued, it’s closed. The patient can walk out of the office and go play tennis if they want to. There’s no down time and no chance of burn injury or heat injury,” Foster says. “Also, compression stockings are not required, and there’s no three-month wait. You can have both legs done at the same time and just walk out.”

Foster says the results from VenaSeal trials have been encouraging. Data supporting FDA approval included results from three clinical studies sponsored by the manufacturer. The U.S. clinical study, called the VeClose Trial, assessed the safety and effectiveness of the VenaSeal system in 108 participants compared to radiofrequency ablation in 114 participants. According to the FDA, the trials showed the device to be safe and effective for vein closure for the treatment of symptomatic superficial varicose veins of the legs.

“The data is very good. The three-month closure rate was 99 percent with the VenaSeal and 96 percent with radiofrequency ablation. In the one-year data, they were both at 97 percent,” Foster says. “So VenaSeal is at least as good as radiofrequency and probably will end up being a little better and give us more options. It’s a quick procedure; about 20 minutes and when you leave the clinic you’re done.”

Venous disease affects many people and can cause debilitating symptoms when untreated. Foster sees a need to educate all physicians in the identification of venous disease. “Venous disease often goes unrecognized, because it can look like a number of other conditions. Educating about the prevalence of the problem is important, and we now have better ways to treat it,” he says. “As technology gets better and more money is spent on research and development, I think treatments like VenaSeal will continue to evolve and make it easier to treat patients while increasing patient satisfaction.”