3 Simple Steps Could Save 94 Million Lives

BHC in the News 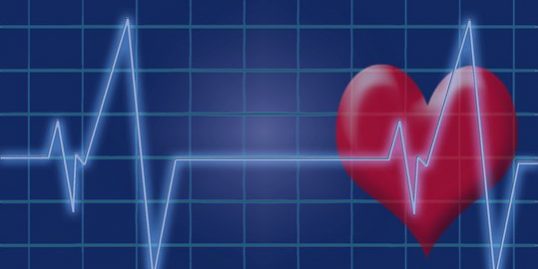 Those lives could be saved over a quarter-century span by scaling up treatment of high blood pressure, reducing sodium intake and eliminating artificial trans fat, according to a study published Monday in the American Heart Association journal Circulation.

“We asked, what should we focus our resources on if we wanted to achieve the largest gains in mortality in the next 25 years, and it seems like the combination of these three interventions had the biggest potential impact and, also, feasibility,” said Goodarz Danaei, the study’s senior author.

Boosting treatment of high blood pressure to 70% could lengthen the lives of 39.4 million people, according to the study’s estimates. Cutting sodium intake by 30% would delay an additional 40 million deaths, while also helping to lower high blood pressure, a leading risk factor for cardiovascular disease. Finally, eliminating artificial trans fat would postpone another 14.8 million deaths.

Researchers calculated their figures by analyzing global data from multiple studies, as well as data from the World Health Organization. Sub-Saharan Africa would have the largest proportion of overall delayed deaths, while South Asia would see the greatest impact from eliminating trans fat.

Danaei said scaling up control of high blood pressure might be the easiest goal to achieve because lifestyle changes are now targeted by many health programs and medications used in treatment are safe and often affordable. Efforts to reduce salt and eliminate trans fat may require national legislation or changes by the regional or national ministry of health.

“We are trying to elicit interest and raise resources for countries worldwide to achieve these goals,” said Danaei, an associate professor of global health at the Harvard T.H. Chan School of Public Health in Boston. “These are realistic goals that have been shown to be attainable on smaller scales. We need the commitment to scale up the programs to achieve them globally.”

Danaei and another researcher in the study are paid consultants for Resolve To Save Lives, a global health initiative that aims to “save 100 million lives from cardiovascular disease and prevent epidemics.”

The study notes some nations already have met or surpassed the intervention targets. Canada, for example, has achieved a 70% blood pressure control rate, while parts of the Kaiser Permanente system in the United States have shown a 90% control rate achievable.

A salt-reduction initiative in the United Kingdom, meanwhile, helped cut sodium intake there by 15% between 2003 and 2011. And Denmark’s near elimination of trans fat with a law that took effect in 2004 led the way for other countries in Europe and elsewhere to do the same. Canada and the United States recently banned artificial trans fats.

In the United States, high blood pressure accounts for more deaths related to heart disease and stroke than any other modifiable risk factor, according to the 2019 guidelines for preventing cardiovascular diseaseissued by the AHA and American College of Cardiology.

Dr. Daniel Muñoz, who helped write the guidelines, said the new study “reinforces the power of lifestyle factors. There’s an opportunity here to empower people all over the world with the knowledge, information and education they need to make healthier choices.”

For instance, guidelines from the federal government and the AHA recommend people limit sodium to less than 2,300 milligrams per day. Yet Americans consume on average more than 3,400 mg of sodium a day.

Education about salt reduction – or just realizing how much salt they consume daily – along with learning which foods may include trans fat can empower people to make wiser choices, said Muñoz, an assistant professor of cardiovascular medicine at Vanderbilt University Medical Center in Tennessee.

It also can encourage them to push for changes on a broader scale.

“Part of translating an admirably lofty goal into reality involves thoughtful public policy and certain requirements, like transparency of food labeling so that people in their day-to-day lives can look at a nutritional label and understand what they’re getting,” he said. “That degree of daylight on our decisions can go a long way. Engineering that reality is a challenge, but the study powerfully argues that the payoff is clear.”